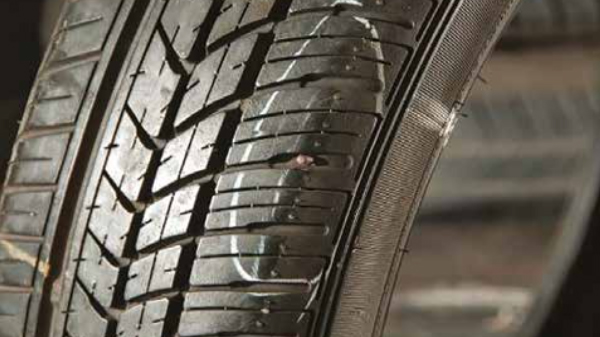 With my tyre pressure and tread dutifully checked, we headed off to the National Tyre Distributors Association’s (NTDA) industry conference in Milton Keynes to learn of the challenges facing the tyre industry. NTDA Chief Executive Stefan Hay delivered his vision of seeing a ban of part worn tyres at last year’s event but this has not been realised. 90% of NTDA members support the ban but cannot see how it can be achieved, so plans in its Manifesto For Change seek to address this and other member concerns; including working to promote and increase tyre technician skills and making the industry more attractive to new talent.

Throughout 2018, the body will encourage the take up of an accreditation scheme for part worn tyre dealers, to establish a ‘quality mark’ highlighting to motorists the risks associated without the mark and the possibility of raising tread depths in an industry-accredited part worn market, with new quality marks applied to tyres over, for instance, 3mm.

NTDA WARNS MOTORISTS NOT TO RISK LIFE FOR ‘CHEAPEST OPTION’

The NTDA conducted research among 1,000 motorists, which found 65% admitting to buying part worn tyres because they are the cheapest option – although as many as 97% of all part worn tyres are being sold illegally.

“More than 40% of vehicle defect-related deaths in the UK are caused by illegal, defective or under-inflated tyres.”

The NTDA has been instrumental in helping Trading Standards prosecute traders who illegally sold defective part worn tyres, but the Association’s latest research shows economic factors are pulling some motorists towards what they think will be a bargain.

Defective tyres are a major safety risk; in 2015, illegal, defective or under- inflated tyres were responsible for more than 40% of all vehicle defect- related deaths in the UK. Additionally, having illegal, defective or under- inflated tyres was also responsible for 35% of all casualties on the roads caused by vehicle defects.

The NTDA’s latest motorists’ survey showed an alarming lack of concern for tyre safety. Almost 60% of those surveyed were not aware that the minimum legal tread depth for a tyre in the UK is 1.6mm and 85% didn’t know the minimum tread depth for part worn tyres is 2mm. 40% of drivers also divulged they only check their tyres’ tread when they see worn patches or when an MOT is due. Worryingly, 38% say they begrudge buying new tyres, will put it off and try and get as much wear out of them as possible before getting them replaced. When they do purchase a replacement tyre, more than half admit cost is the prevailing consideration.

Stefan Hay, Chief Executive at the NTDA comments: “The current regulations are not working and we are seeing more and more illegal tyres being fitted to cars as drivers are swayed by cost alone. That is why we are calling, in the absence of greater enforcement of the regulations or an effective form of industry self- regulation, for a complete ban on part-worn tyres. Unless drastic action is taken now we are going to see the casualty and death toll rise as a result of illegal and defective tyres.”