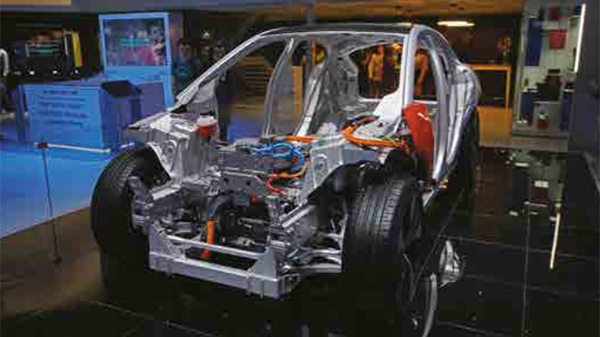 The Geneva Motor Show is the biggest motor show in Europe and presents the automotive equivalent of peacocking, as fierce rivals compete to gain the biggest crowds and most column inches for their new concepts, sports cars and SUVs. There were the all-new Mercedes-Benz G-Wagen and Jeep Wrangler SUVs, the latest in a long line of utilitarian off-roaders. Nearby, a BMW M8 Gran Coupe concept — a large, luxurious, performance saloon previewing a production car rumoured to deliver 600bhp from a twin-turbo V8. Then, yet another fast (and very green) Porsche 911 GT3 RS. The stunning Ferrari 488 Pista drew attention and a limited edition V8 Ford Mustang celebrated the Steve McQueen film ‘Bullitt’. I could go on. But one of the biggest themes of all, yet not necessarily the most eye-catching, was electrification.

Before you roll your eyes and move onto the next article because of the questions surrounding national grid capacity or lithium supply issues, please, stay with me a bit longer. There’s the now infamous 2040 proposal from the UK government, yet infrastructure, range anxiety, lack of perceived convenience, limited choice and relatively high cost mean the internal combustion engine sells in vast quantities and most of your customers still don’t drive EVs. So why do you care? Taking the pure electric vehicle out of the equation for now (more on those later), it’s clear that something has happened to the humble petrol car too. A combination of negative diesel perception, ever-stringent emission laws and improved battery technology means the hybrid is now truly upon us. I don’t just mean the Uber-friendly Toyota Prius either.

This is a customer demand-led change, forcing car manufacturers to invest millions of pounds in new technologies, which has a knock-on effect on the aftermarket. The trouble is, each company seems to have a slightly different take on the way forward, which means more training for technicians and additional ways to make mistakes. It could be a minefield out there over the next few years, and worryingly, consumers may eschew the aftermarket and stay with franchise dealers who are already prepared.

THE DIFFERENCE BETWEEN ELECTRIC AND ELECTRIFIED

For clarity, we need to quickly run-down the various types of hybrid vehicles and clearly define the difference between electric and electrified. A pure EV, an electric car or van, is just that. There are batteries to be charged, which (via an inverter) run an electric motor that powers the wheels. These can be referred to as Battery Electric Vehicles (BEV). An electrified car or van can mean many things, but all are a form of hybrid and involve an internal combustion engine of some kind. This is only set to diversify even further going forward.

For now, I’d like to highlight four main types of electrified or hybrid vehicles. The first is series hybrids. You plug them in to charge a battery, but you also fill them with fuel. Once moving, the electric motor powers the wheels. No matter what, the internal combustion engine is never used to power the wheels directly. It acts as a generator to charge the batteries, which power the electric motor when required. An excellent example of this is the BMW i3.

Next, parallel hybrids. You don’t plug them in and you also fill them with fuel. The internal combustion engine drives the wheels but is also used to charge batteries alongside regeneration, which in turn powers an electric motor. The combination of the traditional engine and the electric motor is used to provide additional acceleration or a very small amount of electric-only driving. An example of this at Geneva was the new Toyota Auris hybrid, which will start production in Derbyshire later this year. It will feature the latest 2.0-litre petrol- hybrid electrified system and zero diesel engines, part of a push by Toyota to stop selling diesel altogether in the UK by the end of 2018. This was alongside the new compact hybrid SUV from Lexus, the UX250h.

A further variation is the mild hybrid system, or MHEVs. The first to market with this is Suzuki, in the latest Swift and Ignis models. Like a parallel hybrid, you don’t plug them in, as there’s a regular car battery with a higher capacity. This is connected to a new form of alternator, which combines the starter motor, known as a Belt Alternator System (BAS). The BAS is used to power things such as lights and the radio as per a normal alternator but can also act as a motor for Start/Stop operation and provide additional power to the engine during strenuous situations, when the majority of petrol is consumed. The system uses the car’s battery for power in this scenario. To be clear, the system isn’t powerful enough to drive the wheels, it only assists the engine. Seeing as the BAS is significantly smaller than a series, parallel or full EV system, it is lighter and relatively inexpensive. The lower cost and lack of a plug will see many manufacturers following Suzuki’s lead, with Volkswagen set to launch a mild hybrid Golf within the next two years.

At Geneva, the latest generation of Audi A6 and A7 with the 3.0 TDI can be had with a 48-volt BAS mild hybrid system. The fire-breathing Mercedes-AMG GT 4-door, CLS 53 and E53 models are now mild hybrids too. Analogous to the Audi system, but in combination with a petrol engine as opposed to diesel. With the apparent rise of the mild hybrid, a whole new approach to alternator maintenance and replacement will need to be accounted for.

Now we are fairly clear on the emerging forms of series and mild hybrids alongside the long-established parallel hybrids — or ‘“self-charging hybrids” as Lexus adverts now say — this is where things start to get as clear as mud. In-between series and parallel, we have plug-in hybrids. Or, to give them their correct technical name, series-parallel hybrids. Right. Of the series-parallel plug-in hybrids, no car manufacturer seems to know which way the right way will be. On a basic level, a plug-in hybrid has batteries that are charged via a plug. These work together with a good-old internal combustion engine, for which fuel is also required. The batteries power an electric motor, which powers two or four wheels. The engine is used as a generator to charge the batteries, but under acceleration, higher speeds or inclines, it can take over and power the wheels — just like a regular petrol or diesel car.

Previously, a technician would have to learn about petrol and diesel engines. Each engine could be very different to another, but some basic philosophies apply. With a hybrid car, you must still be able to maintain the engine, but also need to know how to replace or fix any of the electrification components and systems. This needs to be carried out under a whole new set of safety procedures to avoid potential electrocution or fires, something that will be alien to many. The potential learning curve could be much larger than ever before, especially when you throw into the mix series, parallel, series-parallel and mild hybrid systems.

It will pay to be up to speed on such matters over the coming years. One thing that is not helping is a lack of understanding from certain mainstream media outlets and mixed marketing messages. We could end up in a scenario whereby someone visits your garage with a problem on their ‘electric vehicle’, only for it to be an electrified mild hybrid. Even worse, if you can’t work on the vehicle, even once-loyal customers would be forced to go elsewhere. 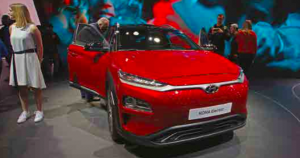 Secondly, with such a myriad of available options for buyers to choose from, who knows what system will arrive at your workshop over the next five years. The systems mentioned previously are all available to buy, right now. Not concept, but on sale. It takes time for newer models to filter through to the aftermarket, but with the recent bad press about diesel, and some perceived hassle for affordable full-EV vehicles, these variations of hybrids will surely fill that gap. Remember, the 2040 government proposal, if it comes to law, refers to all types of electrified vehicles; i.e. hybrids, even mild hybrids, will still be on sale after the cut-off date.

Back to Geneva, and remember that new Jeep Wrangler I mentioned? An American icon, steeped in off-roading history. Well, you can buy a mild hybrid variant that utilises auto Start/ Stop, electric power assist and regenerative braking. A full series-parallel plug-in hybrid will be on sale in 2020. The newly launched Peugeot 508 will also be available as a plug-in for 2019.

The new Volvo V60 estate that was revealed is available with not one, but two plug-in hybrid options, available to order now. The top of the range Porsche Panamera used to be the Turbo S, now it’s the Turbo-S E-Hybrid Sport Turismo — a plug-in that features a 14kWh lithium-ion battery, a 134bhp electric motor and a twin-turbo V8. The renowned Mitsubishi Outlander PHEV has been updated, with a new 2.4-litre petrol engine which helps with fuel economy to go alongside the electric motors and batteries. Proving that the internal combustion still has a part to play when it comes to hybrid efficiency gains. Heck, even Bentley is now part of the electrified game, with a plug-in hybrid Bentayga.

I haven’t even mentioned the pure-electric (EV) cars that were on display. The majority, such as the Volkswagen ID Buzz, were simply concepts of cars that will be made in the future. But, in the here and now, there is the all-new Nissan Leaf, featuring a much more modern interior. Crucially, Jaguar showed off their rival to the Tesla Model X, the I-Pace. An interesting test case to show that existing car manufacturers can take on and potentially beat the American upstart.

But arguably more importantly, Hyundai revealed the Kona Electric. Set to be priced around £25,000, it’s a compact EV SUV. Imagine that. SUV sales are on the up, electric car sales are slowly increasing. This combines the two at an attractive price point with an estimated range of 250 miles. This could be one to watch.

I predict the multitude of hybrid drivetrains will be what fills the declining diesel sales over the next decade but that pure-EV cars could start picking up the pace, especially if there are more small SUVs at a reasonable price rate to rival the Kona.

Whilst I still think the pure EV will be a niche market, a quick walk around the Geneva show reveals that every single car manufacturer either has, or will have very soon, a form of electrified car on sale. The recent emissions scandals, proposed legislation and health warnings have created an electrified surge. There are still many hurdles for the automotive aftermarket to overcome. Different systems will have different danger areas. Then there’s the knowledge required to disassemble and assemble elements when different manufacturers have completely different takes on how a hybrid operates. The skills gap could become rather large.

Finally, you could be forgiven for thinking that the electrified market is small, and that a big changeover may never happen and that if it does, this will be long after your lifetime. That may be true of an electric-only United Kingdom road network but more hybrids will appear at your workshop sooner, rather than later.