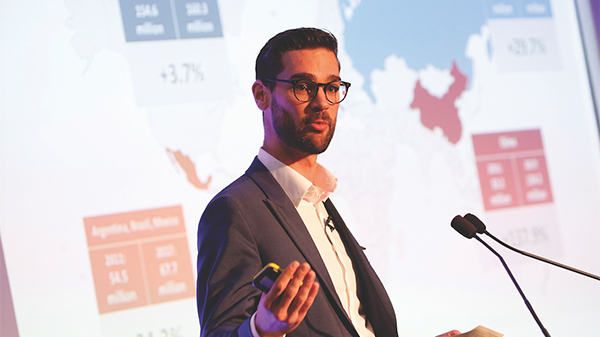 Hiring cars via apps, workshop referrals from China’s answer to Amazon and how to run a successful workshop – just a few items on the agenda at this month’s NTDA conference Tyre industry professionals and the aftermarket at large, gather each year to discuss current trends in technology and other influences shaping automotive repair businesses at the National Tyre Distributors Association conference.

Preparing for the future was a major theme at the event and Quentin le Hetet of GiPA UK, an aftermarket research agency who monitor industry and motorist developments, set the scene with an overview of some automotive megatrends and how these will directly affect workshops.

Quentin began by looking at the growth of the car parc globally, highlighting the 3.7% rise seen in Europe between 2011 and 2017, compared to the 137% increase in China over the same period. China is set to surpass the US market as the largest aftermarket player in the world, and we can expect them to be a major player in alternative vehicle technology. This explosion in China’s aftermarket has driven e-commerce, with China’s answer to Amazon, Alibaba (the largest online retailer in the world), edging its way into parts supply. They have invested in Jingu, who link drivers to workshops to fit the part purchased.

Quentin suggests this will become more commonplace in the UK, completely reshaping how drivers end up in a workshop.

The ‘car as a service’ rather than a commodity, was the next megatrend discussed, leading to less cars on the road but increased usage, therefore no shortage of maintenance or repairs. GiPA stated how cities will be early adopters in this area, leading the change to consumers using apps to rent from a fleet of cars for an amount of time rather than owning vehicles. 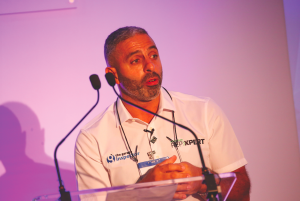 Andy Savva, or ‘The Garage Inspector,’ made a huge success of his repair workshop in London due to his enviable mix of technical aptitude and business acumen – and now dedicates his time to sharing the latter with independent workshops through consultancy. Andy delivered some words of wisdom at the event and started with the basics – to be a success, you must have a vision. Before he opened the doors of Brunswick Garage to the public, he held focus evenings to understand what motorists didn’t like about the service received from existing independents and dealers. The results fed into the values that underpinned Brunswick and this vision was included in staff handbooks, displayed in reception and used in customer marketing – he basically set out to do the opposite of what the others were doing!

“Training should be a habit, no-one can be fully skilled.” 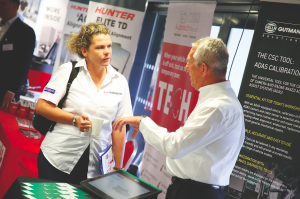 The NTDA introduced three licences last year – Licensed Retail Tyre Technician, Licensed Vehicle Service Technician and Licensed Commercial Tyre Technician in a bid to improve the safety and standard of work of tyre technicians. Chairman, Prashant Chopra, told delegates that more than 250 licences had been issued under the new Tyre Technician Professional Development Scheme, with over 5,000 issued for the commercial benchmark. Chopra explained:

“A number of tyre distributors, manufacturers, aftermarket suppliers and training providers have adopted
the scheme both to deliver the required training and assessment, but also to deliver refresher and CPD training. The NTDA believes, as do many other professional bodies in the sector, that training, competency assessment and licensing are the way forward in ensuring we have a professional, safe and fit for purpose workforce in the future.”