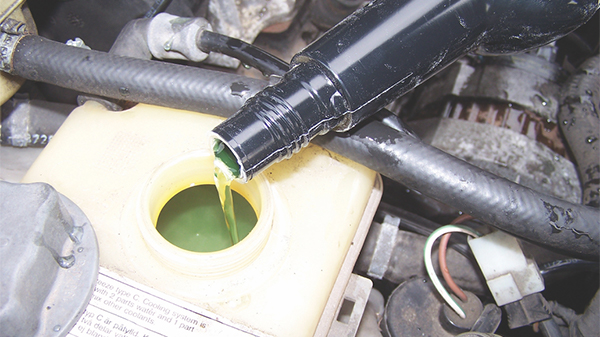 Offering additives at service time is a cost-effective upsell that can have genuine benefits, Rob Marshall looks at three product ranges and the claims made by their manufacturers. 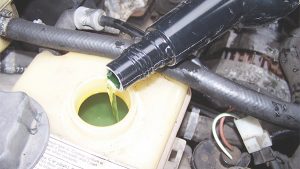 While this feature looks at the three most popular pour-in additive types, a host of other products are available at major service operations, to treat various parts of the car that might have been neglected. Pictured is a cooling system flush additive, poured into the system before the old coolant is drained. We shall investigate additives that are intended to help deal with reported faults in forthcoming issues.

Making modern engines more fuel-efficient, less polluting and as low maintenance as possible has downsides. Carbon, fuel and oil deposits have more profound effects than ever before – increasing emissions, heightening wear levels and increasing failure rates. Yet, a number of readers have informed us that their use of additives, as part of typical routine service schedule, is proving their worth as a beneficial preventative measure. Customers seem to be more willing to pay extra for pour-in additives, which represent a relatively small increase in the percentage cost of the overall service invoice, compared to more expensive ‘detox’ treatments that can cost in excess of £100 each. For you, additives are high margin products that require minimum effort to apply.

While most carmakers state formally that additives must not be used, several main dealership technicians admitted to us that some manufacturers recommend that certain ones are used at service time. We have also heard of certain carmakers approaching additive companies to help them remedy particular problems. Confidentiality agreements, unfortunately, prevent us and our sources from elaborating further, but the reports give credence that all additives cannot be dismissed as ‘snake oils’.

Even so, additives do not have to comply with any established technical standard whatsoever, unlike engine lubricants. Therefore, having trust in the manufacturer’s claims and relying on your experience and that of your colleagues is really all you can do. We welcome any further comments on this issue on the Autotechnician facebook page. Meanwhile, we have looked into some of the claims made by the most renowned providers for you to consider.

While there is some debate about whether, or not, engine oil flushes can cause more damage on a neglected engine, many technicians recommend their use on engines that dirty their oil quite readily – PSA/Ford DV6 engines, for example. LIQUI MOLY told us that, in case of severe contamination, an extra flush may be required. BG Products recommends its EPR (Engine Performance Restoration) especially for GDI maintenance and adds that it enhances compression, by removing sludged oil and soot that collects behind the piston rings. When discussing its Professional Oil System Cleaner, Wynn’s comment that the new oil’s life is prolonged, due to the cleansing procedure, and adds that an important feature of its flush is that it is compatible with low SAPS oils, critical for optimum Diesel Particulate Filter life. 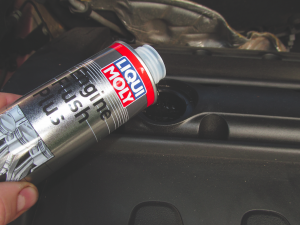 Debate continues if the chemistry within an engine oil conditioner is at odds with delicate and vulnerable balance of a carefully developed engine-oil formulation. Shell Lubricants is one such company that adopts this stance. David Wright of the Verification of Lubrication Specifications, VLS, agrees and adds “Oil fortifiers are general products that are not specifically formulated for different types of vehicles, or engines. With the increasing sophistication of modern engines, one type of engine oil cannot suit all vehicles, just as one type of oil fortifier cannot suit all engines.”

Yet, LIQUI MOLY produces both engine lubricants and additives and it advises: “Our additives are fully compatible with every common engine oil. If applied correctly, our additives cannot affect negatively the chemistry of the engine oil. As there are no standards for additives, it might be that products from competitors interfere with the formulation of the oil but definitely not our additives. They are absolutely safe to use.” 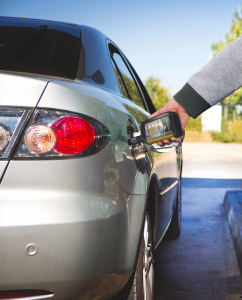 Wynn’s also told us that its oil additives are not only fully compatible with modern oils, emphasising the low SAPS compatibility again, but that they will also not harm any engine components and complement the oil. You may find that some companies produce a range of additives, allowing you to create individual oil change packages. As an example, LIQUI MOLY’s anti-wear additives range starts with physical protection (Oil Additive), which utilises molybdenum disulphide particles that adhere to the metal surfaces. Should physical protection not be desired, Motor Protect offers a chemical alternative that uses friction modifiers to smooth the metal surfaces. Combining the two technologies is Cera Tec that uses ceramic particles for its solid lubricant instead of molybdenum disulphide and the company quotes that tests at the automotive engine test centre, APL in Germany, showed that the wear protection level for engine oil doubles, when fortified with Cera Tec.

BG Products says that its Diesel Oil Conditioner maintains the oil’s viscosity for longer, improves soot control, reduces friction and sludging, as well as reducing oil breakdown and evaporation effects. For petrol engines, the company’s MOA oil supplement does the same but it helps to prevent the piston rings from sticking, by keeping them clean. Like the EPR flush, MOA’s use in GDI engines is recommended.

Products that are dosed into the fuel tank are, probably, the most controversial of all pour-in additives. The latest independent testing was performed by Which? nearly a decade ago, which concluded that retail-quality petrol and diesel additives are unlikely to return any noticeable improvements in emissions, economy, or power and tend not to be worth the money. Yet, while those products tested are, probably, no longer for sale, they are not professional cleansing additives, which is worth pointing-out to a sceptical customer.

Yet, trust in your additive maker and supplier to ensure that any positive effects last longer than the fuel within the tank into which they are poured. LIQUI MOLY states that its Injection Cleaner and Super Diesel products not only clean intake valves and the combustion chamber but also guard against future deposit formation and provide anti-corrosion protection. Its Super Diesel Additive has similar benefits, in addition to increasing the fuel’s cetane number and preventing injector needles from sticking.

BG Products agrees that cleaning carbon from within the injector is critical to restoring spray pattern and, therefore, controlling emissions, which its BG245 additive ensures. The company’s BG44K for petrol engines has the same effect but for GDI injectors and will clean the intake valves on port- injection engines. BG points out that downstream cleaning of Lambda sensors and catalytic converters is an additional benefit of BG44K. 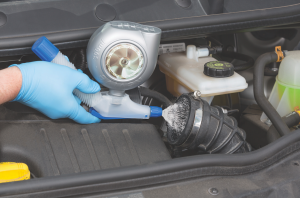 CONSIDER the use of intake/post combustion cleaners too, which may not be affected by some pour-in additives. These range from simple MAF sensor aerosol can solvents through to those that cleanse intake manifolds and inlet ports (useful especially for cars fitted with a combination of EGR and GDI). Unless there is a defect, or a diesel car is used only for short journeys, DPF cleaning should be unnecessary. Yet, variable vane and geometry systems on turbochargers can suffer from carbon and oil build-up, which is why Revive has developed its Service Shot product (pictured) as a preventative measure, before deposits can restrict mechanical movement of these systems and flag an EML.