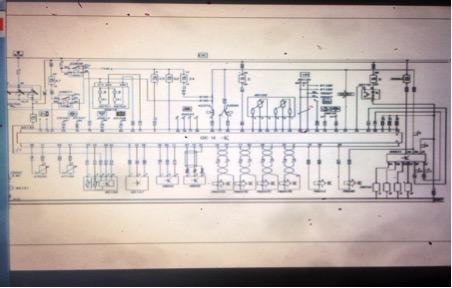 Never one to pass on the opportunity to gain valuable diagnostic experience, I recently took on a 2004 Iveco Daily 2.3HPi with a non-start condition. The van in question had been sat unused for some time and was fitted with the 2.3 HPI 4-cylinder common rail diesel engine and Bosch’s EDC16 engine management system with solenoid type injectors.

An attempt had already been made to resurrect the van but was unsuccessful on the basis that it had an ‘immobiliser fault’.

Check for water ingress
An initial inspection quickly drew me to inspect the ECU and its connections, as a common problem on these models is for the ECU and wiring harness to suffer water ingress. This was also the case here and moderate water damage was noticeable within the harness side and ECU side of the plug.

Having opened the ECU to view the extent of the damage, I was pleased to see that the corrosion appeared to be limited to just the main connector and hadn’t visually damaged the main circuitry inside.

After a lengthy conversation with the customer regarding the numerous repair options available to them on this aging but previously reliable workhorse, it was agreed that the ECU would be sent off for repair.

Once repaired, the ECU was refitted and the battery re-charged in preparation for an attempt to start, which it did, first turn of the key, but something was not quite right. Although the van would start and run, there was a distinct misfire accompanied by a rough idle.

A quick check of the fault memory revealed injector related fault codes for cylinders 2 and 3. Could this be blocked or faulty injectors? Further damaged or corroded wiring, or even a bad ECU repair?

What I have learnt over the years and something that is often promoted on training courses I have attended is that in order to carry out a successful diagnosis you need three things:

So with that in mind, a quick inspection of the system and its components was made, followed by consulting the factory workshop manual for the relevant wiring diagrams (see Figure1 below). 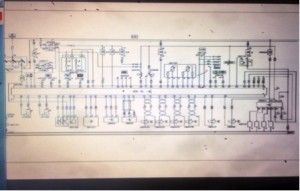 It was also at this stage that an injector leak-back test was carried out, with interesting results. Two cylinders were showing a slightly higher leak-back rate but not the same two that the ECU had posted fault codes for. The plot thickened…

Wiring checks were then made at the ECU to ensure it was receiving its basic power and earth supplies, which all checked out ok.

Regular readers of technical case studies will often read the phrase ‘before you measure, you need to know what to expect’ and it is very true. Surely, if you do not know the expected outcome of the test then that test is a waste of your time and potentially your customer’s money.

Once satisfied with that, the oscilloscope was connected and waveforms for the control of each injector were taken. Cylinders 1 and 4 were displaying an ideal waveform (see figure 2) while cylinders 2 and 3 (the suspect ones that fault codes were stored for) were showing a rather different waveform (see figure 3). This test was carried out both at the injectors and then repeated at the ECU multi-plug to ensure that the fault wasn’t within the wiring loom. The wiring loom between the ECU and injectors was then ‘load-tested’ to further rule out any possible wiring related fault. 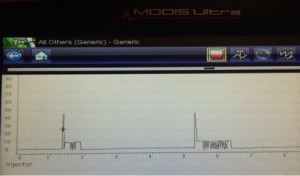 Figure 2: Waveform showing correct ECU control of the injectors on cylinders 1 and 4

The sample waveforms showed that the ECU was struggling and failing to provide a stable path to ground for the injectors on cylinders 2 and 3. Figure 3 shows that the voltage is fixed around 15V between injection events, proving voltage supply is evident but no ground. 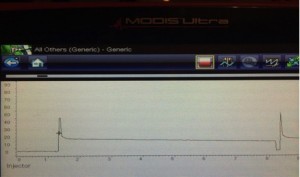 Figure 3: Waveform shows voltage present at the injectors but not a satisfactory path to ground

After analysing these comparative waveforms between cylinders, the ECU was sent off again and replacement injector drivers were fitted for the affected cylinders. Once refitted, the van started and ran without fault with all four cylinders displaying the correct injector waveforms.