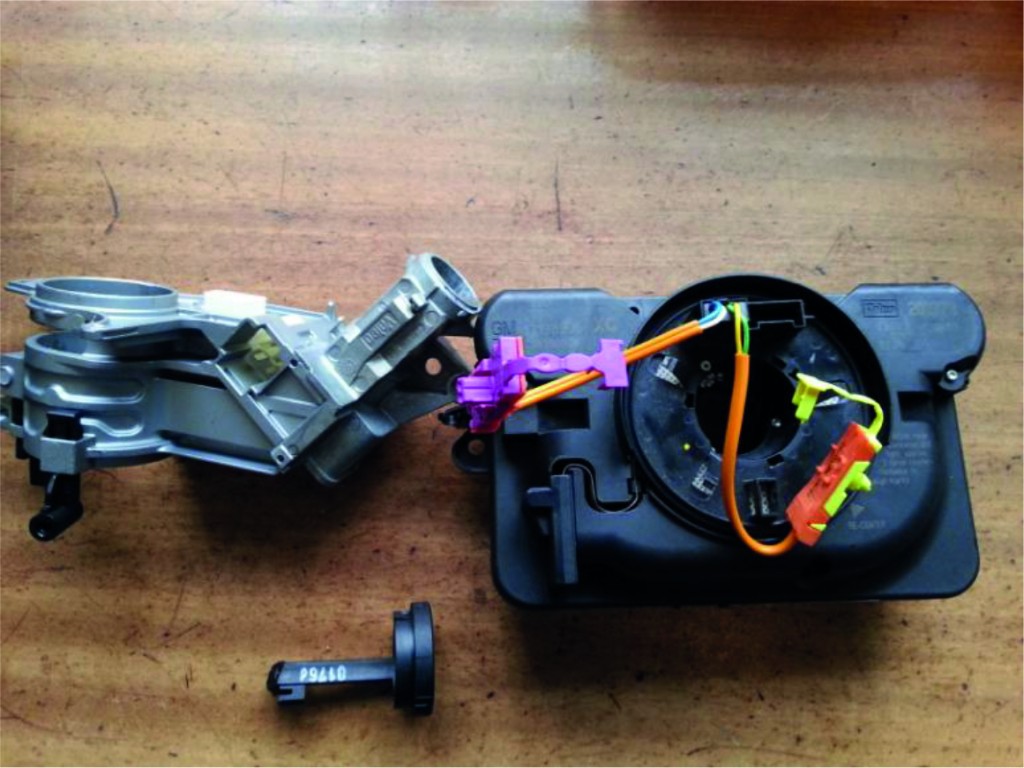 We were asked by a local garage to adapt some keys to a Vauxhall Astra after having a new steering column module fitted – a straightforward job with the dealer tool Tech2. On first inspection, the vehicle had a multitude of fault codes in various modules. After noting these faults and clearing the whole car, we were left with eleven faults in the new module and several communication faults in other modules. The steering column module had incorrect coding for this car and had no chassis number programmed into it, inside the car was a host of parts that had been replaced to try and resolve this cars problems. There was the original steering column module, the ignition barrel hosing and switch, as well as a new key reader ring. 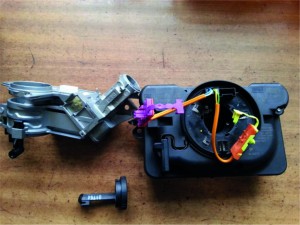 Parts found inside the car on arrival

We refitted the original module and extracted the correct programming and Can-Bus information, this could then be transferred into the new module. We then entered the vehicle’s chassis number and attempted to adapt the keys and remote locking. This function failed because the adaptation process could not complete. At the end of adaptation, the process requires the key to be removed
but Tech2 didn’t recognise the key being removed. 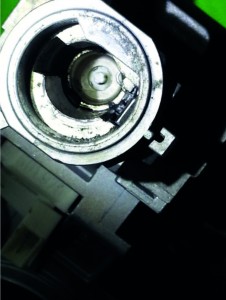 A small switch inside the ignition barrel housing triggers the key removal recognition – when a key is inserted, a small plastic detent is pushed down onto the spring-loaded plunger of the switch in the bottom of the housing.

When the key is removed the spring-loaded plunger is allowed to move up and open the switch. Careful investigation revealed that the plunger in the base of the lock barrel was sticking down and holding the switch in the closed position. 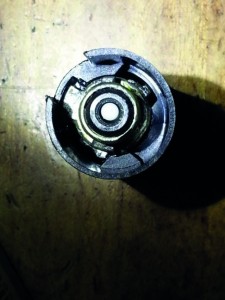 A new ignition key and barrel allowed the key adaption to work – this was probably the original fault on the car; stopping the central locking from working and keeping the radio on.