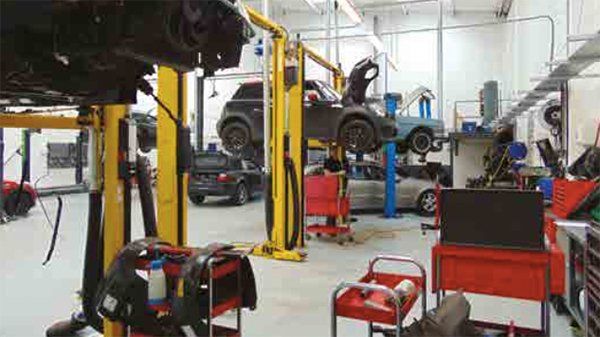 I meet Peter Mould at his large, 8-bay workshop two miles out of Chelmsford on a bright April morning. PMW pitches itself as one of Essex’s leading independent specialists of BMW, Mercedes-Benz, Volkswagen, Porsche and VAG vehicles and over a coffee we chat about various issues affecting the trade. Like so many readers I meet, he comes across as a positive, friendly chap – a switched on businessman with a technical mind, who understands the importance of great customer service. But it is clear he has several frustrations, which I know will be shared by many. A fundamental one is the motorist’s attitude to their vehicle nowadays and also the rise of the extended service interval.

“A car service or repair is a grudge purchase to most families,” says Peter. “It’s like, the car has gone wrong again, we’ll leave it for a month if we can get away with it, maybe two… by which time there’s consequential damage and the work is more expensive. They see it as the car’s fault, nothing to do with the way it has been maintained. We are putting turbos on cars with 40,000 miles and timing change with 40/50/60,000 miles on the clock – it should be there for the life of the vehicle. The number of chunky bills we give out through poor maintenance is horrendous. I wince at what we have to cost up.”

EXTENDED SERVICE INTERVALS DO NOT HELP THE SITUATION, DO THEY?

“Say for argument’s sake you have a BMW or an Audi because they are on a lifetime service or long-life service, in BMW’s case a conditioned base service. If you drive sensibly and do longer motorway journeys you’ll get higher MPG, so the service intervals get further apart. You might get 30,000/35,000 miles between an oil change. It doesn’t matter what oil you put in it, it’s not up to the job and you’re just ripping the guts of the engine apart.

“I’ve got a number of friends and customers with vehicles on conditioned based or long-life service intervals. I’ve said to them, do yourself a favour and service it on a regular basis rather than waiting for the service light to come up. One friend was doing a lot of higher mileage journeys, so he would have got good MPG, his services would have been wide apart, but he serviced his car himself, changed the oil and filter every 8,000 or 9,000 miles instead of the 25,000-30,000 miles it would have asked him to do. I think he ran that to 150,000 miles and never replaced a chain or turbo. He would have driven that car exceptionally hard. So, the proof is in the pudding.”

DO YOU TRY TO EDUCATE CUSTOMERS? 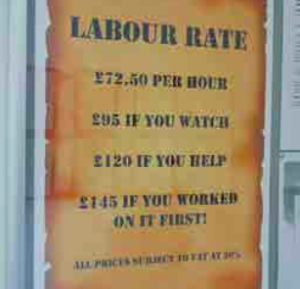 “Yes, but it’s a problem of perceived value, the customer then thinks it’s expensive to service the car annually for an extra £170 for an oil change, but that’s nothing in comparison to the £2,500-£3,000 you’d have to pay to put a timing chain in it.”

HOW MANY CUSTOMERS INVEST IN MAINTENANCE TO HELP PREVENT PROBLEMS?

That’s old school, they’re in their late 40s early 50s plus, generally speaking, they are more tuned in to that way of thinking – if you buy something and look after it, it will look after you in the long term. We say to our customers with run flat tyres to check the tyre pressure at least every other week, you should do it weekly, as it will save a lot of money on tyre wear, fuel economy and the car will handle better. I get fed up with getting the same car in the following year and you look at the tyres and they are absolutely shot. They’ve done another set of tyres that’s cost them another £800.

It doesn’t make a lot of sense, save the £800, service your car and do the oil filter change and you would have a good set of tyres. The car would run better and not to mention the fuel that you’ve saved as well.

DO YOU WORK ON NEWER CARS STILL UNDER WARRANTY?

Yes, we get cars under warranty. It comes down to education as a lot of customers still don’t realise they can. Last week, I had a call from a customer we hadn’t spoken to for years. He phoned up for a quote on his Audi and asked, ‘How does it work if I come to you for servicing?’ I said it was out of warranty now anyway, but had he come to us during the warranty period, everything stands exactly the same as if he had gone to the dealer. I told him all you stand to save is money and I like to think you get a better service as well. It’s difficult, people think you must be trying to mislead them for financial gain. That couldn’t be further from the truth, I’d rather see a customer twice a year for regular maintenance than end up with a massive bill.

YOU EARN PEOPLE’S TRUST, YOU GAIN THEIR LOYALTY…

We keep our customers for years, decades, which is nice. Unfortunately, too many garages that we know of hit customers hard the first time and if they come back for a second time, more fool them. A local garage bought in a car for diagnostics, we get a lot of diagnostics work that other garages can’t deal with, or customers will bring their vehicle in that has been serviced or ‘repaired’ elsewhere. They’ve not fixed it and they ask us to do it properly the second time around, which seems ridiculous in this day and age.

THEY’VE THROWN PARTS AT IT, HOPING THAT WILL FIX THE PROBLEM… 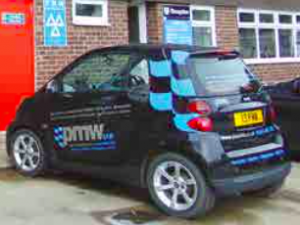 We’ve even had cars in from the main dealer. One had been with a dealer for four months. It had parts thrown at it left, right and centre and they still couldn’t fix it. They had a technical guy come in from BMW to look at it and they told the customer they needed a new engine, £9,000… he phoned us up for some advice and we said get it down to us and we’ll take a look. Within 2.5 hours it was up and running.

WHAT WERE THE SYMPTOMS?

It was running rough, wouldn’t idle correctly and hesitant. It had an air leak. Seriously… it was ridiculous. The customer was over the moon and had to threaten them with legal action to get his money back as they charged him a fortune to look at it. I believe he did. Then the joke was, following that incident, the same dealer called us asking us for technical information. We were like ‘you’ve got to be joking mate, that’s ridiculous!’