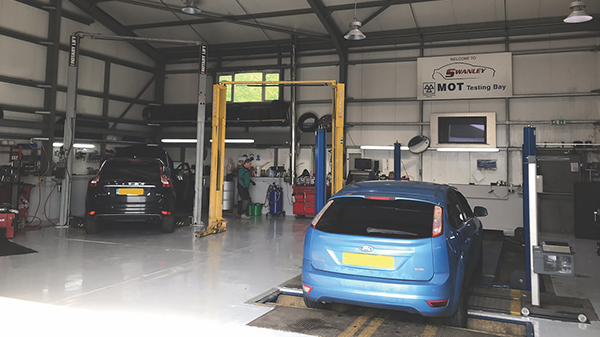 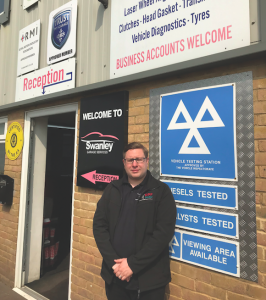 Autotechnician meets Edward Grigg at Swanley Garage who decided to embark on a crash course in diagnostics and is set to be the fastest person to achieve master technician status.

Edward Grigg, like so many others, was told by his school that if he wanted to amount to nothing in life, become a mechanic. He didn’t subscribe to that gem of advice. After working Saturdays at a friend’s dad’s garage, he went on to complete an apprenticeship with Volvo and was headhunted by a local Volvo specialist. By the age of 24 he had purchased his own garage in Swanley and was managing a team of ten.

Last year, he decided to embark on a diagnostics journey. He tells me, “After about eight years of owning my own garage and putting all my efforts into the marketing side of the business, I decided it was time to change direction and focus my attention on becoming a Master Technician. I enrolled at Bosch and I was the first person in the history of its training to complete all of the diagnostic technician courses and pass the final in just three months. I immediately started the Master Technician courses and will be one of the fastest people to complete the program in just seven months. I have done about 3-4 years of training in under a year and have been described as one of the most invested technicians in the UK.”

Whilst sitting in the classroom on the very first course he realised that he didn’t know what he should about electrics. “The teachers at Bosch really inspired me, I’d never met anyone who had that kind of knowledge and I thought, I just want to be like that.” After completing the first course programme, he went home and booked up every single course, training four days a week and working just one. It goes without saying, he has a supportive team back in the workshop! “I’ve now run out of things to do with Bosch, which is quite upsetting really.”

To plug the gap, he came along to Autotechnician’s Big Day Out in Chatham, flew over to Ireland for AutoInform and is now looking at training with James Dillon at Technical Topics down in Bridgwater. “I like the way James explains things, it’s entertaining. He’s a storyteller – super clever, but super cool at the same time”. He’s also privately trained with Frank Massey and Steve Scott at Simply Diagnostics. What effect has all this training had on his business? “Both good and bad. A lot of my customers thought I had left the garage! Its been a financial strain – the courses aren’t cheap. Plus, you then have to go and buy the equipment to match your knowledge. On the plus side, I’ve now got confidence. I’ve learnt how the systems work and how to diagnose them much faster and more efficiently.” One example of how this new-found confidence has been rewarded is in the case of a frustrated customer who brought his vehicle in which had an ABS sensor replaced by three previous garages as this was the ‘obvious’ fault. “I’ve had a few situations like this, they’re not looking at the fault code description and interpreting it.” By using the techniques Bosch had shown him, the underlying problem of a broken wire was swiftly found and fixed and the customer was over the moon.

We’ll hear more from Ed in the September issue, who is currently testing out equipment for our Diagnostics feature.