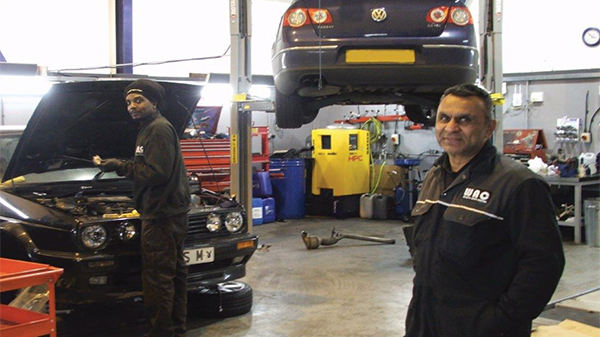 Autotechnician speaks with Harish Madhani, owner of Welwyn Auto Centre, to talk about the dangers of fitting customer-supplied parts, ‘skimmers’ and the need for independent workshops to charge more.

Harish set up his independent workshop back in 1995, offering MOT’s, servicing, general repairs and diagnostics. A few years ago, he moved his business out of the costly capital and
set up shop in Welwyn Garden City. He used work referral schemes to get customers through the doors and thanks to recommendations, business is doing well. He is an active member of the Independent Garage Association and can be found discussing the trade and its many issues on Facebook Forums. We visited his workshop last month to mull over a few topics of debate. 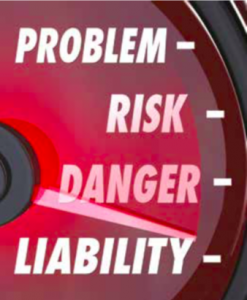 The dangers of fitting customer-supplied parts was first up for discussion, with Harish explaining how a friend’s garage did exactly that, fitting a second-hand engine on a customer’s car. The head gasket went and the customer refused to pay for it, “Obviously the customer was a bit savvy. They said, “It’s your problem, you fitted it”. It backfired on him. There are people out there who are willing to take the risk, to keep the business but in the eyes of the law, if you’re not confident fitting the part, why are you fitting it?”This is particularly problematic at the moment with the circulation of fake parts on the rise. The garage ended up having to take it on the chin and pay for the repair themselves.

Harish’s friend who runs a garage in Preston also came unstuck around 15 years ago, when he replaced a timing belt on a 1.8 Sierra CVH engine. Nowadays, best practice is that you replace the belt, with the water pump and tensioners, supplied as a kit. Back then, it was normal to just fit the timing belt. But a few months later, the water pump started leaking. The belt came off and damaged the valves. “It ended up in court and he had to repair the whole head frame,” explains Harish. “The judge asked why he hadn’t changed the water pump or give the customer the option of changing it. As a rule now, most good garages would do the whole kit or nothing at all. I get the odd phone call, customers asking “Will you do this…?” His customers are given an emphatic ‘no’.

Work referral schemes have become big business in recent years and their worth and place in the trade is much discussed. They are derided for driving down the profits
of small businesses in a race to the bottom but for some, it can be a way of getting off the ground when starting up and getting new customers through the door. Harish used WhoCanFixMyCar when he started out and has since converted happy customers through using it, but warns, “If it suits your business [and you get new customers] that’s fine, but that’s not the end goal. Its fine if it works for you in the beginning but please don’t, in my opinion, depend on them, because they’re eating up your profit margins, taking a percentage of every job you do.”

He also questions the quality of the customers they refer – why have they looked online for a garage in the first place? Perhaps because they’ve messed the garage around or they’ve had a bad experience themselves. Carrying on with the theme of the kind of customers you don’t want to take on, Harish talks about those who typically ask for a price on a job late on a Friday afternoon, without giving any idea of the vehicle involved. “I’m polite but it’s our time… you can spend 45 minutes estimating something [and you don’t get the work].”

Educating customers on what’s involved in servicing their vehicle is something he’s hot on. With a Halfords and Kwik Fit down the road, he often gets calls asking for the price of a ‘full service’, as a comparison. “You want everything changed? Oil filter, air filter, spark plugs, brake fluid… “Oh no, I don’t want all that changed” is the reply. I need to know what you had done last year, and the year before, if you give me that, I can give you a price accordingly. That’s my job to educate them and I don’t think enough garages do explain why they’re charging what they’re charging.”

“We can’t depend on people coming through the doors like we did years ago because we have the skimmers, the fast-fit centres…” We talk about the fast- fits getting the easy work, when a simple replacement is needed, but when diagnostics is required, the good old independent is left with the difficult stuff. “They’re doing the brakes, the servicing, the quick work – they won’t get involved in any big work, because they can’t occupy the ramp for a long time. They’ve had the cream and they’re coming to me for the crap, so I just charge accordingly.”

A lot of people he sees on Facebook forums say they won’t take on the annoying jobs, but Harish thinks that’s a missed opportunity, saying: “In my opinion, if you do it and charge properly, it fills the workshop up and they should come back the next time for servicing, brakes and MOTs, rather than [heading to] Kwik Fit.”

Welwyn Auto Centre’s rate is not cheap and has increased by £15 in the past 3 years and he knows of many independents who haven’t increased theirs for five years or more. Apart from Saabtech down the road, they’re the dearest independent garage in the area and he feels bad for technicians who are working very hard, for very little because workshop owners aren’t looking at their labour rates, profits and justifying their expertise and fees with a fair price. We’ll investigate this in depth in a future issue.

A big thank you to Harish and the team at Welwyn Auto Centres for their time last month and the gift of scrumptious Christmas cake. If you’d like Autotechnician to visit your business, to discuss your triumphs or concerns over tea and biscuits, please contact Nicola on 01634 816 165 or email Nicola@autotechnician.co.uk.