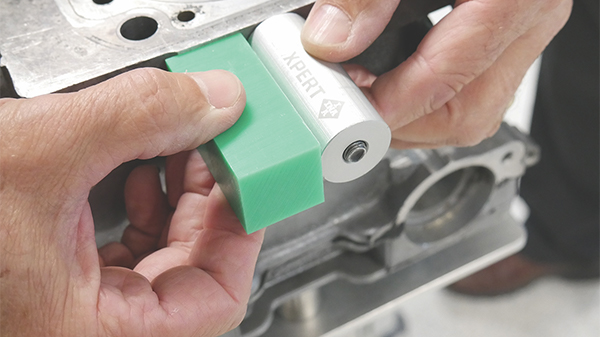 Your chance to grab a FREE INA stud fitting tool 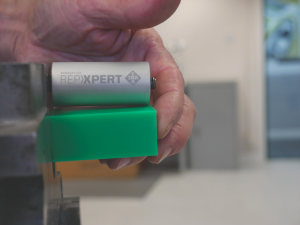 Schaeffler is giving Autotechnician readers the opportunity to get hold of one of 20 INA stud fitting tools, an essential accessory for technicians carrying out timing belt system replacements on VAG 1.9/2.0 TDi engines (1998-onwards).

The tool was created after INA engineers became aware of premature failures of the timing belt tensioner stud on the popular range of diesel engines used in many Audi, Seat, Skoda and Volkswagen models. The combination of a steel stud and alloy head can create issues unless great care is taken during stud removal and installation.

VAG recommends replacing the stud – either a M8 fine thread or a stepped M8 to M10 stud – during the toothed belt service change interval, which INA includes in its timing belt kits; however, technicians must be extremely careful when removing the stud and should check for any aluminium deposits which may have been pulled out during the process.

The stud hole should then be checked for possible thread damage or contaminants, such as loctite or liquid metal-type materials, as coming into contact with either can render the stud thread unusable – a professional thread repair would then be needed.

The new tool can be used for the majority of applications; however, on rare occasions, a technician may come across a stud at the first service interval change which is slightly longer than the tool. In this instance, the tool should be used as a guide, setting the new stud to the same length as the original.

INSTALLING AND CHECKING THE NEW STUD

When installing a new stud, it is important that it is tightened to the correct torque settings according to the VM specifications (usually around 15Nm), always using a calibrated torque wrench. Once torqued correctly, the mounting thread must sit either flush or just below the surface of the cylinder head. Failure to insert the stud to the correct depth will result in the stud being subjected to ‘cyclic stress’, meaning the irregular firing pulses of the engine will vibrate through the stud and cause it to become loose or snap off.

To ensure the stud has been correctly installed, technicians should place the tool over the stud to check if any of the thread sticks out – if it does, the stud is not fitted correctly.

The tool has a 10mm counter bore at one end to allow it to be used with both the M8 plain stud and the alternative M8 to M10 stepped stud.

Once the stud has been installed to the correct depth, the tensioner nut should have torque applied, along with the supplementary turn in degrees. The turn is usually 45 degrees, but best practice is to always check the VM’s specifications and that the stud is stretching, not just turning in the head, as this can damage the thread.

If the thread does need repairing, the stud tool should be used in conjunction with the square nylon block to ensure it is aligned perfectly straight. If the stud is installed at an angle, it will simply amplify the effects of cyclic stress and cause premature failure.

For your chance to win one of 20 INA stud fitting tools, just drop us an email with your name, business name and contact telephone number to admin@autotechnician.co.uk quoting REF: INA02 before the deadline of Monday 25th February.